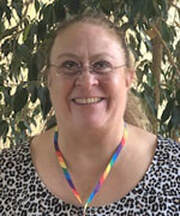 Robie Evans (she/her)
Director of Operations - joined the staff in 2011
Robie is very pleased to be serving her fellow UUs in her role as Director of Operations. She brings with her a wealth of nonprofit experience, fiscal and program management and a core understanding and appreciation for Unitarian Universalist values. As a child, Robie attended First UU Church and the RE program. In 1980, Robie and her husband were married here by Dr. John Ruskin Clark. Currently at First UU, she is a member of the Generosity Ministry Team, the Finance Committee and is an ex-oficio member of the Board of Trustees. With over 25 years of commercial banking experience, Robie brings a wealth of knowledge to her position of Director of Operations. Prior to joining the church staff in June of 2011, she was Vice President/Senior Branch Manager of the Santee Branch of North Island Credit Union, a $30 million dollar branch. Prior to that, she worked in Santee at Pacific Western Bank for 10 years. Her background includes all areas of lending: commercial, real estate (including residential and commercial construction loans), and all forms of consumer loans. Robie also has an extensive background in non-profit work. She’s been a member of the Borrego Springs Rotary Club (Past President and Treasurer), the Borrego Springs Performing Arts Center (past Artistic Director), the Santee-Lakeside Rotary Club (Past President and Treasurer), the Santee-Lakeside Rotary Club Foundation (Past Treasurer), the Santee Chamber of Commerce (past Treasurer), the San Diego Young Artists Symphony (Past President) and a former member of the board of directors of the East County Family YMCA. Robie is also a professional violinist and violist and often shares her musical talents here for various church services and events. For contact info, see our Ministers and Staff page. ​ 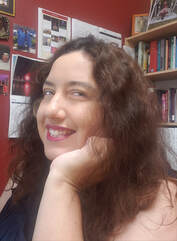 Rose Riedel
Office Manager - joined the staff in 2017
My name is Rose Riedel and I am the Office Manager for the First Unitarian Universalist Church of San Diego. It has been a great joy working at First UU in various capacities, and I'm thrilled to now be the Office Manager. I have been married to my high school sweetheart since 2004, and together we are raising two fantastic kids! I have a passion for theatre and art, both of which I have found wonderful outlets for right here at First UU. I am currently in Seminary at Starr King School for the Ministry, and am so grateful to be supported by our community. For contact info, see our Ministers and Staff page. ​​ 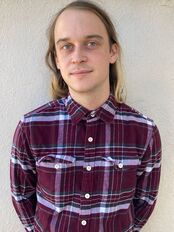 Chris Chambers (they / them / elle)
Social Justice Coordinator - joined staff in 2023
Chris was born in Germany and raised in Redmond, Washington in a Christian family surrounded by musical worship, community service, and relatively conservative politics. In search of more radical manifestations of community, they moved to Tijuana in 2011 and have since co-founded community projects such as Tijuana Comida No Bombas, Enclave Caracol, and the LGBTQ+ migrant shelter Casa Arcoíris. On both sides of the border, they continue to volunteer connecting asylum seekers to legal and social services, and also work at a migrant shelter in San Diego run by the San Diego Rapid Response Network and Jewish Family Services. 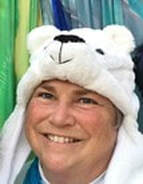 Pam Bates
Scheduler - Rejoined the staff 2022
Pam is happy to return to First UU Staff, and to the role of Scheduler. She has been a Unitarian Universalist officially since 2008, and has shared UU values for much longer. She loves spending time with one or more of her three children. Originally from rural upstate NY, Pam has called Tierrasanta her home for over 20 years. Pam’s professional background includes operations, marketing, project, office, and chocolate-factory management, as well as development manager experience at an important San Diego non-profit. For contact info, see our Ministers and Staff page. ​ 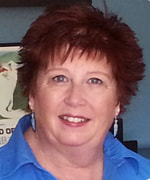 Connie Hayes
Controller - joined the staff 2012
A native of Wisconsin, Connie moved to California in 1962 with a brief return to attend Madison Area Technical College and University of Wisconsin. Connie has worked in the accounting office of a non-profit Catholic hospital, a government defense contractor, and in a medical accounting field helping set up urgent care clinics in an underserved area. In 1989 she started Hayes Consulting Group. Connie and her husband also own a backflow testing company. In 2009 she was hired by First UU Church as an outside consultant. In July 2012 she became the Controller. Her outside interests include singing in the choir and writing and directing children's plays at her home church in El Cajon. She has also written, directed and produced plays and events for fundraising purposes. In her spare time, she knits and is learning American Sign Language. For contact info, see our Ministers and Staff page. ​ 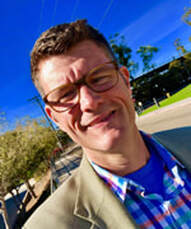 Tony Bianca
Director of Lifespan Faith Formation - joined the staff in 2016
​Tony Bianca is a Baltimore native. After completing his bachelor's degree in Vocal Performance at Loyola College in Maryland, Tony went on study at St. Mary's Seminary for three years as a seminarian for the Roman Catholic Archdiocese of Baltimore. After leaving seminary, he followed in his parent's footsteps and began his 20-year teaching career and has since earned his Master's Degree in Elementary Education. In addition to working as a teacher and campus minister in the greater Baltimore-Washington area, Tony directed the Baltimore Men's Chorus for 15 years and has worked as a vocalist and music director in several Churches and Synagogues. While he cherishes his east coast, Roman Catholic roots, Tony is delighted to embrace what he has known for some time: that he's really a west coast Unitarian at heart.  For contact info, see our Ministers and Staff page. ​​ 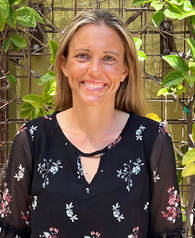 Lara Anderson
Youth and Young Adult Coordinator - joined the staff in 2022
​My name is Lara. My pronouns are She and Her. I am white and I have a ton of privilege. I am married, have three siblings and three children. I hold Bachelors degrees in Psychology and Educational Studies as well as a Masters Degree in School Counseling. I have experience working with youth as a Restorative Youth Coordinator and with adults as a Restorative Justice Practices consultant. I love to be outdoors and am constantly learning. It is with this spirit—of being an eager learner, committed to understanding what it means to be a loving, conscientious ancestor—that I approach my new role as a Youth and Young Adult Coordinator at First Unitarian Universalist Church of San Diego. It is an honor to be a part of such a beautiful fellowship of open-minded thinkers committed to living out the highest aspirations of this church. I look forward to meeting you. For contact info, see our Ministers and Staff page. ​​ 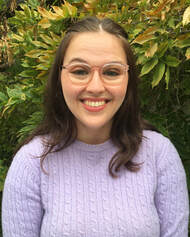 Kate Collier
Program Assistant - Joined the staff 2021
Kate grew up in the First UU community, participating in the Voices in Unity youth choir and Looking Glass Theatre. She still loves singing and theatre, as well as baking, reading, and spending time with her chihuahua mix, Karl. She attended Mount Holyoke College, a historically women's college in Western Massachusetts, graduating with a B.A. in gender studies. Now back home in San Diego, she is thrilled to be serving the congregation that has welcomed, supported, and affirmed her throughout her life. For contact info, see our Ministers and Staff page. ​ 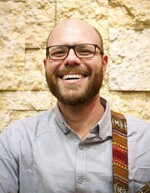 Marshall Voit
Music  Director - joined the staff in 2022
Marshall Voit is a lifelong San Diegan and musician, with rich experience as a song leader, choir director, bass singer, and guitar player. The foundation for Marshall’s career in music was developed through outstanding public-school music education through the Poway Unified School District and at UCLA. After college, Marshall served for two years as a musician in residence for the Australian Union for Progressive Judaism, then returned to San Diego to study ethnomusicology at SDSU. Since returning from Australia, Marshall has served as a music specialist at Temple Emanu-El of San Diego (2014 to 2022); held extended artist residencies with synagogues in Tulsa, Oklahoma and Cape Town, South Africa; and sung with dozens of Jewish and UU congregations throughout North America on four successful tours. When he’s not working, Marshall loves to play sports (disc golf, softball, volleyball) and sing with his barbershop quartet, Los Bordershop. He lives in Hillcrest with his dog/roommate, Jackie. For contact info, see our Ministers and Staff page. ​ 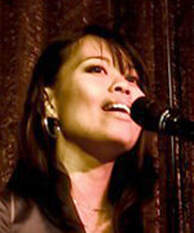 Lorelei Garner
Music Coordinator
Hello. My name is Lorelei Garner, Music Coordinator. I grew up a Navy brat born in Hawaii, attended part of primary school at Sullivan Elementary in Yokosuka, Japan and continued in East San Diego where I was the only brown skinned student in my class. I was brought up first, as a Catholic, then an INC member (Iglesia ni Cristo rooted from the Philippines), then a wanderer, and now a UU member. Music, also, was a constant in my life. I started piano lessons at 9, started singing lessons at 18, went to Grossmont College and SDSU as a voice performance major, played as an organist at church, composed music for self, kid's albums and church, and taught music classes ranging from mommy and me toddler classes, private piano lessons to conducting church choir and children's choirs. Currently, I teach K-5 at an elementary school in Del Sur, teach Musictots classes, teach private piano and voice, coordinate music for the South Bay UU Campus, as well as compose and perform my music locally either solo or a 5 piece band called "Fish and the Sparrow". I play the piano and ukulele and love to sing. So much so that I involve myself in conducting the South Bay Singers Choir. They are a fun group to sing with and work with! South Bay Singers is a choir that prepare pieces for periodic occasions and perform them during services and in public. For contact info, see our Ministers and Staff page. ​
Andrea Spiero
​JUUL Tones Ensemble Director - joined the staff 2004
Andrea is a lifelong UU who studied music at the San Diego School for Creative and Performing Arts and the University of Redlands. She studied with Gail McKinney (choral music) and Francisco Castillo (oboe/English Horn). She recently completed four years of service on the board of the UU Musicians' Network, which supports music leaders and congregations throughout North America. Andrea directs the JUUL Tones a cappella vocal ensemble here at First UU of San Diego, and also serves as song leader and contributes instrumental music to our services, here and at the South Bay campus. She has been the musical director for several Looking Glass Theatre productions at First UU. She also has a full-time job as a Speech Language Pathologist for a local school district, as a specialist in autism and alternative/augmentative communication. For contact info, see our Ministers and Staff page. ​ 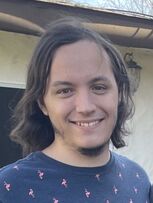 Joshua Morrison
Janitor - joined the staff in 2021
Joshua was born and raised in San Diego county, and has spent the majority of his life living in West Chula Vista. His hobbies include electronics, cars, and video games. Joshua hopes to someday pursue a career in aviation. For contact info, see our Ministers and Staff page. ​ 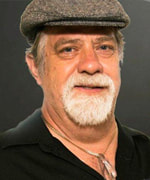 Ray Evans
Facilities Maintenance - joined the staff in 2013
Ray is a native San Diegan and lives in La Mesa with his wife of 33 years. Ray can be found fixing and maintaining our church campus and watching over our commercial kitchen in the Welcome Center. He loves to offer great Dining for Dollar$ events where he can be found either teaching a cooking class or preparing a lovely gourmet meal. Another love of Ray’s is theatrical lighting design, and he can often be found behind the scenes of our church’s Looking Glass Theater. Ray and his wife have been members of this church for the past four years and were married by Dr. John Ruskin Clark here in our Meeting House in 1980.